In noting the passing away of Pierre Cardin, I couldn’t help but be reminded of my early days in textiles, back in the late 1970s.  At that time I worked in a bespoke label manufacturing business known as Bell Woven Labels which then had 25% of the UK market in bespoke, woven-edge labels. Woven labels were for expensive garments (just as printed labels are for the cheap). They conveyed information such as:

At that time the technology to produce bespoke Woven Labels, required significant investment which in turn too many years to recoup. The investment was in setting up and production technology for Vaupel looms, Jacquard cut designs, winding weft, warping and twisting the warp; added to this was the artwork and design process that converted brands into reality, whilst not losing sight of the objective: a good quality label that, as far as the customer was concerned, neither snagged nor irritated the skin. Then there was customer acquisition.

Bell Woven had a team of salesmen who were regulars at fashion shows – before a haute couture collection could be released, it had to have well designed and difficult to imitate labels. Pierre Cardin was a valued client in those long ago days. For that memory alone I bid him a respectful adieu and I hope that he achieved all his goals

Obituary in the Guardian

Not a Dead End – Just a Muddy Patch

Brunanburh was an important battle that determined the Anglo-Saxon character of these islands. There are several places where it could have taken place, from the plains of Cheshire all the way to Yorkshire.

I made the case for this battle to be based close to the source of the river Brun, for which the town of Burnley is named, in my book of the same name: Burnley. This rests on the strength of military practicalities; ie  where would be a good place to stop the convergence of the enemy forces. There were few decent routes to cross the Pennines and the battle remains near a roman road on Extwistle Moor, to the east of what is now Burnley seems likely.

Door Witch is an Isekai adventure – an adventure in another world. It is influenced by Anime and RPGs. From a certain point of view it is a Western view of the Light Novel phenomenon in Japan, with a twist of realism – Shouju (slice of life). The narrative is in the form of alternating first person point of view. The main characters are Sivitya (she’s the Door Witch) and Alan Bates (he plays online games and one of his avatars is Akalito).  That’s all you need to know for this extract.

I put worry behind me; I had the number so I called.

The sound was novel…normally response was instant. I listened longer.

He’d rejected the call! He didn’t want to talk to me. For a moment I was lost, then my resolve kicked in. I had to call him. This was important. I entered the number again.

A voice at the other end said, “Hullo?” Was that Akalito?

The new Facebook interface is on me and my PC – still XP based – is huffing and puffing at the shear additional processing power required – more broadband bloat. As of now I’m refocussing my energies onto Photoshopping the artwork I received for my Door Witch project. I learned a new Japanese word from my Indonesian artist – Isekai – journey to / adventure in another world. ArtKapele
The feedback from my editor (Stephen Cashmore) is good – suggesting that this is the best work I’ve put through him so far. However, to get the illustrations into their final form, ready for publishing, isn’t a quick and easy task as, once again, I call upon the might power of Photoshop Elements to help me in the quest for perfect (or at least half-way decent) final form.
Big job! and more than the 2 or 3 days quoted by Gopher in Disney’s Winnie the Pooh. So it’s goodbye to the writing for a while, and a big welcome to Elements 2.
Att are illustrations from the first six episodes.

Where Now For BP?

as new boss Bernard Looney committed BP to seriously addressing the environmental impact of the use of its products by customers.

Luke Parker at Wood Mackenzie pointed out that the the plans marked a complete “turnaround” in the company’s position, that though BP was only dealing in “ambitions” at this stage, rather than firm targets, the scale of the commitment put BP “towards the top of the pack” along with Repsol and Equinor.

Mr Parker added: “This will see BP’s business completely transformed over the coming decades: renewables and carbon abatement will get very big, legacy oil and gas will eventually get smaller.

However despite the current mood of the majors to distance themselves from petrochemicals, there are few signs of an alternative energy business. This should be of particular concern to investors in BP who will need hard evidence of how it plans fund a dividend stream aimed squarely at US and UK pension funds.

Last week (24/06/20) Norway announced it was opening new blocks in the Barents Sea (Norway plans big expansion of Arctic oil exploration). Maybe this is a new opportunity for BP. If not, it remains to be seen just what shape the future business of BP will take. Analysts expect BP to follow in the footsteps of rival Shall and cut its dividend.

In my book, the only logical move for the board will be to return the funds to its shareholders as it winds down its operations. Ambitions to achieve net zero by 2050 do not form a compelling business plan.

And just like that the day ends. I’d planned to take a picture of the washing up and maybe a shot or two going for a walk but instead I watched the first two episodes of The Tale of Nokdu. The nuance is the play on non-Western mores and the Audio, which is Korean only – English sub-titles (but that’s two hours down the pan).
Anyway I’ve caught up on a mini-archive update – basically listing the pieces written from April 2017 up to date. It was a lot more than I thought – getting on for 50 pieces including this piece written November 2019; it’s from Door Witch 2 which is done as a travelogue in the form of a haibun. A haibun is narrative blended with haiku as in The Narrow Road to the Deep North by Bashō.
* * * * * *
In the morning Akalito rose early. By the time I was awake, he’d prepared our morning meal.
“It’s rice again, I’m afraid,” he said.
I went to the stream and washed away the last of the night. I imagined distant Fuji towering over us but we were still far from that place. On the way back I saw plum trees. They proved to be wild but I picked a few of the ripest fruit and brought them back to Akalito.
“Thank you, Sivi,” he said. Properly it should have been ‘Thank you, Sivitya’ but we were well into our journey.
We ate.
Wild plums sweet and tart
Give thanks for the land’s harvest
To season plain rice
He was gone but the Sun still shone. I admired the colours of the flowers and bent down to sniff each scent. When would he return? I didn’t know exactly but it would be soon. Blue skies smiled down on my way back to the village. I studied each stone and muddy pool, careless of splashes as I leapt from one to the next.
A soft cloud gradually broke free from the hills – it was a bed where we might lay. I chuckled. Thatched roofs came into view. Soon I would see Iroscita at the Academy, but I wouldn’t tell her. Not yet. Wait for Akalito’s return.
Day four
Wood burn smell
Hill conquered
Fuji panorama
Distant crow call
Lazy flight
Smoke rose
Grey-green smudge
Smashed rice fields
* * * * * *
Door Witch 2 isn’t complete yet. but Door Witch will be out in a few months. https://www.netflix.com/gb/title/81279108 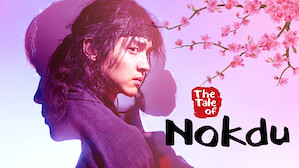 I’ve just decided on my next short story – I had a bit of a trawl through my archive of unfinished works but decided to do something new instead. My plan is to complete it over next week, which probably means side lining my current WIP (Men for the Stars) which is 30k words). Once I’ve decided what to do, I’m ready to motor on. I usually do 4 short stories a year and one longer work. 🙂
I meant to say something about the process of writing, sparked by a comment from Karen Eisenbrey, on the Squirrel but that can wait for another time.

So Hey! It’s the weekend, there’s football + tons of Japanese and South Koran goodies on Netflix to watch _ I’m currently catching up on Food Wars and I’ve had a 7 episode binge watch on today – this has helped crystallize the theme of my new short story. The interesting thing that struck me was the explanation of the recipes – and yes, it’s Anime so it’s exaggerated; but it works.

plus: I decided to update my catalogue (always a presage to a time of changes [A Time of Changes was a short novel by Barry N Malzberg in the 70s – I still have my paperback edition])

The image below is from the family home 15 years back, and helped spawn a scene-feature on my now paused WIP.

A Guide to First Contact can be read in several ways. Firstly there is the published order – this is the hardest and it is also intentional. Then there are the separate story lines; in the Kindle version these are noted in a separate section in the appendices; there is a secret storyline at the very end (after the credits). The principle of the latter is that any who might guide the human race on a path would, of necessity, employ the hidden hand… not in plain view… so a secret storyline of interference in the ascent of man. Then there is the historical sequence of events; this begins in the pre-history of man, sometime before the Toba event. This published sequence scatters the separate time lines across the books while keeping them in order. The reconstructed historical sequence is: END_OF_DOCUMENT_TOKEN_TO_BE_REPLACED

Interesting article and having designed games in the past, I can see how this might work.

these being in German:

I’ve marked this here so I can return to it later.