Now there’s a different superhero. I collected this between 1971 and the early 80s. The early stuff (Strange Tales) ran between 1963 and 1969 when the good Doctor was granted his own comic book. In that period he shared Strange Tales with a variety of strips including the Human Torch, the Thing, and latterly, Nick Fury, Agent of S.H.I.E.L.D. Nick was of course (then) re-lived from his WW2 exploits which were still appearing under Nick Fury and his Howling Commandos.

For publishing reasons, the title: Strange Tales was changed to become Doctor Strange and the content was expanded to fill the full comic book. Nick Fury got his own separate comic. For continuity purposes, the last issue of Strange Tales #168, (May 1968 cover date) was followed by Doctor Strange #169 as well as by Nick Fury Agent of S.H.I.E.L.D. #1. (June 1968 cover date). Both comic books were monthly and both ran for 15 issues. Doctor Strange’s cancellation then was around November 1970 —I’d place the end of the Silver Age of Comics at about that time. 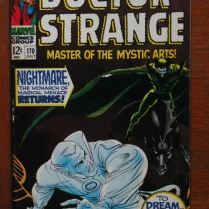 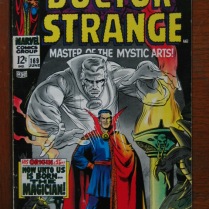 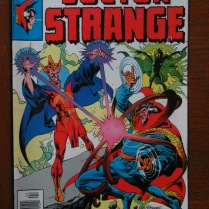 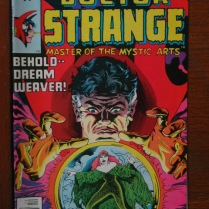 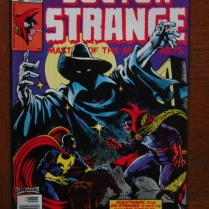 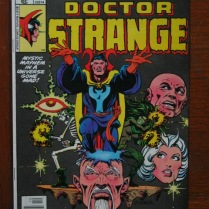 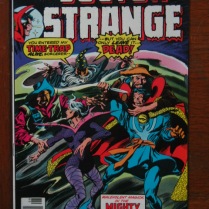 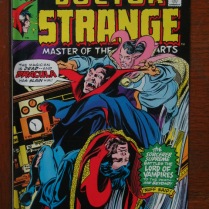 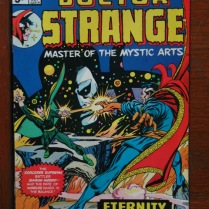 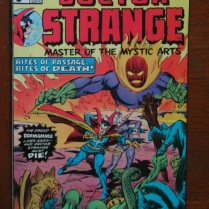 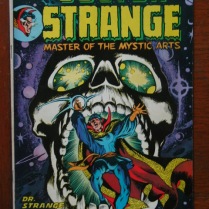 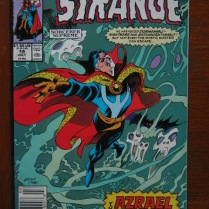 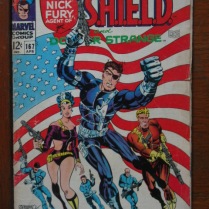 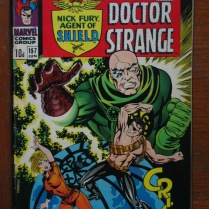 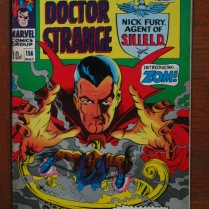 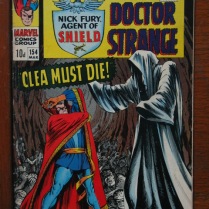 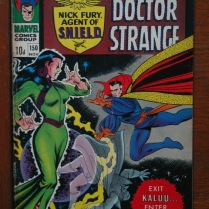 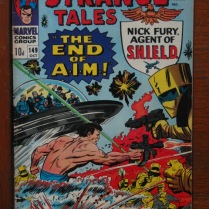 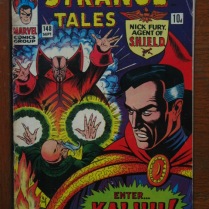 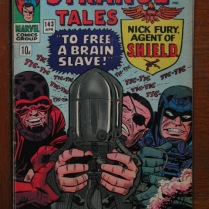 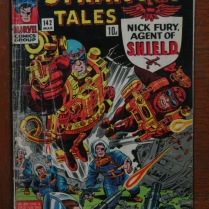 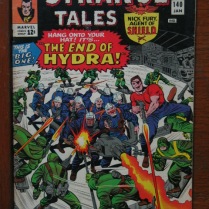 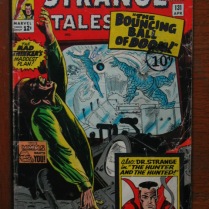 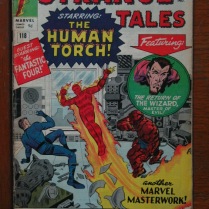 Board games, US Comic books, SF Paperbacks, Vinyl records; I've plenty of them all. I write SF (the serious sort). I also do spreadsheets.
View all posts by Terence Park →
Gallery | This entry was posted in Trivia and tagged Doctor Strange, Marvel Comics, Nick Fury Agent of SHIELD, Silver Age of Comics. Bookmark the permalink.